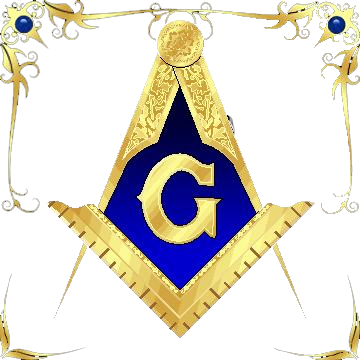 Most would agree that Freemasonry is an organization whose members are concerned with moral and spiritual values, self-improvement, and helping their communities with charitable endeavors. Masons (synonymous with Freemasons) take oaths to be good to their Brothers in Masonry, their families, and all people. They are taught that we are part of the brotherhood of man, under the fatherhood of God.

Some of the often-used definitions are that, “Freemasonry is an organization that takes good men and makes them better,” or that it is, “A system of morality, veiled in secrecy, and illustrated by symbols.” Its principal tenets are brotherly love, relief, and truth. Its goal is the universality of mankind, with all will act towards others as we want them to act towards us, and with faith in the social, eternal, and intellectual progress of mankind.

Masonry is also sometimes called a “great quest for light and knowledge” that deals with the “intellectual, moral, and spiritual values of life.” To achieve these goals, “freedom of thought, speech, and action belongs to every man.”

Freemasonry is open to men of any race or religion who believe in a Supreme Being and who are judged to be of good reputation and character. It is the inner qualities of men — their characters — that are important, not external characteristics or indications of wealth or poverty.

While it requires candidates to express a belief in a Supreme Being, Freemasonry is not a religion or a substitute for religion, and it has no theology, dogma, or path to salvation. Each Mason follows his own faith. Altars in masonic lodges are places where the charter of the lodge and the Bible are placed. In addition to the Bible, in lodges that include men who believe in a different holy book, their “Volume of the Sacred Law” is also placed on the altar.God is often referred to as the Great Architect of the Universe, to permit men of all religions to meet and pray in a spirit of toleration.

Tolerance is basic in Freemasonry. Masons are taught to respect the beliefs and opinions of all people. “Whenever you are an enemy of bigotry or intolerance, you live the teachings of Freemasonry.”

Freemasonry teaches lessons to members using the traditions and symbols of medieval stonemasons’ guilds, and follows many of their traditions in such things as the titles of officers: Grand Master, Grand Marshal, Chaplain, Grand Pursuivant, Worshipful Master, Senior and Junior Wardens, Deacons, Stewards, and others.

Being “initiated” into Freemasonry means receiving the three “degrees” of Entered Apprentice, Fellowcraft, and Master Mason. Degrees are short ritual dramas based on the building of King Solomon’s Temple. They teach Masons, using symbolism and allegories, “build” their characters just as stonemasons built King Solomon’s Temple.

Freemasonry embraces the basic idea of allowing every man to think for himself and to expand his knowledge. Thus, Masonic lodges have been a meeting place for men of open minds, Voltaire, Mozart, and many others. For this reason, too, Masons have been specifically condemned and sometimes imprisoned, or worse, by Hitler, Stalin, Mussolini, and Franco, and even today it is illegal to be a Mason in some countries where freedom does not prevail.

No one knows exactly when or how Freemasonry began, but its modern form of Grand Lodges and Lodges began in 1717 in London. That was the Age of Enlightenment, when individuals started to search for truth rather than accept what others told them to think. Many in the British colonies of North America quickly joined and promoted Freemasonry, because its principles were the same as theirs. Thus, Benjamin Franklin, George Washington, and other Founding Fathers of the United States were Masons, and the ideals of Masonry and those of the United States are similar: freedom of speech, religion, and thought. While these concepts are taken for granted now, they were considered revolutionary when Masonry became organized and throughout the 1700’s when it was spreading quickly and widely. Masonic lodges were one of the earliest modern experiments in people governing themselves through elections, and accepting majority rule while respecting the rights of minorities.

Contrary to popular opinion, Freemasonry is not a secret society. Its aims, principles, activities, and rules are open to the public and its members are at perfect liberty to tell anyone that they are Masons and what the “Fraternity” or “Craft” does. The only secrets are the exact details of the ritual of the degrees and the opening and closing of meetings, and even these secrets have been exposed in books since the beginning of Freemasonry. Still, good Masons will not disclose these secrets because they are taught that keeping some things secret is a sign of good character.

Also contrary to popular opinion, even that of some Masons, Freemasonry is not and never has been exclusively for men. From its beginnings, there were female Masons, and today there are thousands of women in Masonic lodges for women only, and for men and women together. However, in “traditional” Masonry, that which is usually referred to in the United States and which has millions of members here, Freemasonry is considered a male-only fraternity. Even in traditional Masonry, though, there are Masonic-related organizations for women, as well as for teenage men and women, such as the Order of the Eastern Star, the Order of DeMolay, and Rainbow Girls and Job’s Daughters.

Freemasonry also includes the “Scottish Rite,” the “York Rite,” the “Shrine,” and other groups whose membership is open only to Masons. Each of these organizations has its own history, rituals and rules, titles for officers, and charities. For example, the Scottish Rite confers degrees up to the 33rd degree, and the Shrine funds a network of hospitals that provide free care to millions of children and burn victims.

In some ways Freemasonry mirrors society, including racial attitudes. Prior to modern times, whites and African Americans usually did not associate together, and this was true in Freemasonry too. Therefore, African Americans formed their own Masonic Grand Lodges, Lodges, and other Masonic organizations, which today form “Prince Hall Masonry.” It is named for the founder, a man named Prince Hall, who became a Mason in 1775 and who received a charter from the Grand Lodge of England entitling him to charter other lodges. Prince Hall Masonry has developed into one of the most important groups in many African American communities, with members including Supreme Court Justice Thurgood Marshall, Washington DC Mayor Anthony Williams, and many others prominent in society. Just as society has moved away from segregation, so has Freemasonry. Now, many “predominately white” Lodges have African American members, and many Prince Hall Lodges have white members, and in most states and countries the “predominately white” and Prince Hall Grand Lodges have officially “recognized” each other. Since neither group wishes to lose its long and proud history and traditions, both continue to exist but members visit each others’ Lodges, participate in joint activities, and enjoy the best spirit of cooperation.

Thus, Freemasonry is an organization that has a long and proud tradition, that is firmly grounded in important concepts including a belief in God, democracy, charity, toleration, liberty, and equality, not only for Masons but for all mankind.